The Hall of Fame is organized as a way of maintaining the rich heritage and tradition of successful athletic programs at Hoopeston Area High School. In addition, it will serve as a means of recognizing, preserving, and honoring the athletes, coaches, and individuals who made significant contributions to the athletic programs other than the fore mentioned ways. Many individuals have been influential in the "Cornjerker Tradition" of excellence and have had exemplary accomplishments on the athletic fields. The Hall of Fame honors the contributions and accomplishments of these individuals who are worthy of recognition as examples for others to emulate.

The Hall of Fame shall be governed by a Hall of Fame Selection Committee, which shall include the Athletic Director, as an ex officio member, and shall function under the same general principles as the school’s site based council. Consensus would be needed for all decisions. If consensus cannot be reached, then a vote would be taken that would require a majority vote. A majority vote would be 75%.

Individuals may be nominated representing four categories. The categories are included on the nomination form for expediency in understanding the primary area(s) of a nominated individual and for consideration of one’s interscholastic achievements. The groupings are for screening purposes to assist those making the nominations in understanding the type of information required.

The nominee, if an alumnus/alumna, must have graduated at least ten (10) years ago.

1. ATHLETE: Any person who distinguished himself/herself in the field of athletics while a student at Hoopeston Area High School. Criteria considerations should include All-State recognition, All-American recognition, Pro selection, outstanding college accomplishments, and college scholarship recipient or collegiate participant. Other considerations may be taken into account but may not take the place of the above criteria.

2. ALUMNUS/ALUMNA: Any person who distinguished himself/herself in the field of athletics after graduation from Hoopeston Area High School.

3. COACH: Any coach with at least five years of service at Hoopeston Area High School and 15 years of coaching experience. The nominee must be inactive to be eligible for consideration. Criteria consideration should be based on accomplishments that merit statewide recognition as well as significant contributions to the athletic programs at Hoopeston Area High School.

4. CONTRIBUTOR (Administrators, Athletic Administrators, Volunteers, Boosters, and Fans): An individual who has made outstanding contributions to the interscholastic athletic programs at Hoopeston Area High School other than coaching and playing.

5. TEAM: Any team that had an outstanding achievement.

In addition to the nomination criteria listed in Section 1, the Hall of Fame Selection Committee has stated objective, other criteria to fulfill the desire of proper and adequate representation.

1. SENIOR: An individual who is deceased, or at the time of consideration, has reached the age of 65.

2. UNDERREPRESENTED POPULATIONS: In accordance to the demands of Title IX and other considerations, it shall be the objective of this project to identify, nominate and select appropriate representation of individuals including those from previously underrepresented populations. Such populations shall include female participants in all categories of Section 1 of this Article, minority (African American and other minorities) participants in all categories in Section 1 of this Article, and an adequate number of Seniors as defined in this section.

With the exception of the inaugural class, the class of inductees shall not number more than four per year. Representation shall come from the various demographic groups, but shall not be limited to inclusiveness of each in any given year.

In order to maintain the integrity of the Hall of Fame, the following criteria are established for nominations.

1. Nominees must exemplify the highest standards of sportsmanship, ethical conduct, and moral character. All candidates will be judged on their significant and/or long term contributions to athletic endeavors. In addition, as much as possible, acknowledged leadership in his/her chosen field or community, state, and national presence will be considered.

2. All applications must clearly indicate the status of each candidate as it relates to the defined parameters in Sections 1 and 2 of Article IV to allow for accurate comparison and consideration.

The following procedures shall be utilized for nominations to the Hall of Fame.

1. Inductees may be nominated either:

a. by the Selection Committee

b. by current faculty, administration, and staff

c. by current members of the "Athletic Booster Club"

a. All entries must be submitted on the official Hoopeston Area High School Athletic Hall of Fame nomination form.

b. The nomination form shall be available through the Athletic Director’s office, the main school office, the HAHS Hall of Fame website, or at an Athletic Booster meeting.

c. The nomination form shall be completed and submitted to and received by the Athletic Director along with appropriate support materials by May 1 of each year for a candidate to be considered for induction in the next school year. All nominations received for consideration must contain active and current address and contact information for the nominee (or family if deceased). Failure to supply support material will result in invalidating the application, consequently the nomination will not be considered,

d. In addition to the official nomination form, the following materials should be submitted for an individual’s consideration:

1. A letter of recommendation from the person making the nomination, and other letters of support from appropriate individuals who can validate or substantiate pertinent information related to the high school career of the nominee.

2. A limited number of newspaper clippings, magazine articles, copies of scorebooks, and statistics may be included to help substantiate the accomplishments and contributions of the nominee.

3. A suitable photograph, preferably black and white, for reproduction should be submitted.

a. Following initial nomination, a candidate shall remain eligible for induction for the following five years. After this time has expired, the candidates name must be re-submitted on a new nomination form in order for that individual to be considered. This provision does not apply to candidates who are defined as "Seniors" in Article IV, Section 2, Subscript 1.

The Hall of Fame Selection Committee will meet annually or through email and phone calls to select candidates based on the criteria presented in this document.

The Hall of Fame Selection Committee shall have voting members representing the various demographic groups as outlined by this document. The Athletic Director, who will also serve as an ex officio member on the committee, shall appoint the committee. The committee will select their chair that will serve a one year term and may not succeed himself/herself without the expiration of one year. Committee members shall serve a five year term. The Athletic Director will replace any vacancy that shall occur prior to the conclusion of a term.

The duties and responsibilities of the Hall of Fame Selection Committee shall be as follows:

1. Attend the regular scheduled selection meetings or communicate through emails and phone calls.

2. Annually evaluate the nomination of individuals submitted which fulfill the requirements for consideration.

3. Approve only those individuals who had significant and or long term contributions or athletic accomplishments at Hoopeston Area High School.

4. Evaluate and update the policies and operational procedures of the Hoopeston Area High School Athletic Hall of Fame. This is to be done on an annual basis.

5. Validate and approve all worthy candidates for induction into the Hoopeston Area High School Athletic Hall of Fame. This is to be done under the parameters as set forth in this document.

1. The Selection Committee shall review candidates based on information available at the time of the meeting.

2. At the discretion of the chair, the Hall of Fame Selection Committee may meet as a group or may choose to do its balloting by proxy ranking.

3. After open discussion about candidates, a vote will be conducted for the purposes of choosing inductees.

4. Each committee member shall rank candidates in order of desired induction preference, with the top listed person receiving the higher number of points.

5. The induction class is determined by totaling the number of votes for each candidate. The rank order shall be number one for the top candidate and sequential ranking through the submitted nominees. The individuals with the top four lowest votes shall be inducted into the Hall of Fame.

6. The annual voting of the Selection Committee will be confidential.

7. Inductees will be announced at a pre-determined time following the final selection process and after the individuals have been contacted and indicated that they will be present or represented at the induction ceremony.

8. Prior publicity concerning nominees is not appropriate. The Selection Committee shall release to the press pertinent information concerning the inductees.

The Hall of Fame Induction Ceremony shall be held each year during the fall season. Ceremonies shall be done at halftime of the selected game. Inductees will be notified by August 1st if selected for the current year’s class. 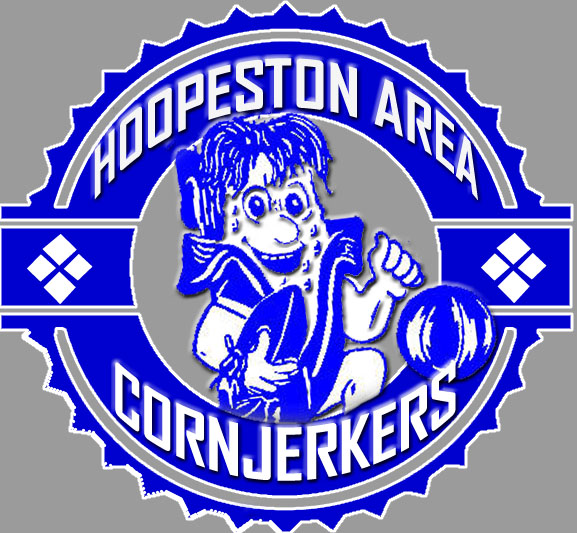